I began my career at very young age. I came from a family of mechanics, so to some extent you could say it is in my blood. I rode motorcycles as a child and began to race them, also. When you race, you have to learn how to maintain your bike. This was very intense because engines and transmissions had to be rebuilt often. There wasn’t a lot of money so I had to learn to do it myself. While learning how to repair the motorcycles, I found that I enjoyed it as much, if not more than racing itself! I became so obsessed with it that at the age of 12 I begged the guys at the local Honda shop to let me work with them. I told them that I would work for free if they would give me an opportunity. They agreed and so at twelve years old I was working on Saturdays and sometimes during the day after school, if possible. Later, I received a paying job at a local independent dealer, where I worked after school and all throughout the summer. I say worked, but to me It was never work, I was doing what I loved. At the age of 16, I received my license and was able to drive, so I took another job at a Yamaha dealership. By the age 17 I became a shop foreman at a sister Kawasaki store. At that young age I had rebuilt more engines and transmissions (probably 100 or more) than most technicians today do their whole life. Eventually, my career moved to diesels. I received factory and aftermarket training while working at an International truck dealership. The training consisted of everything from electrical diagnosis classes to antilock brake systems, hydraulic theory, engine repair and much more. This is where I began to be on the cutting edge of computer programming and electrical diagnosis. From there I moved to cars. While still in my twenties, I became part of the first class of only 17 to receive master status for Volkswagen of America in the United States and Canada. I opened D K Hardee Automotive in Fayetteville on June 4th 2007 and D K Hardee Automotive & Express in Elkin in 2018 . With little money, but a lot of drive and passion, I was able through the grace of God, to build it into what it is today. Cars are our passion and we actually love what we do. We care about the condition of your car as much as a doctor does his patients or even how Shepherd does his sheep. It’s not just work, it’s our passion!

Give Us a Call

Keep Up with the Latest 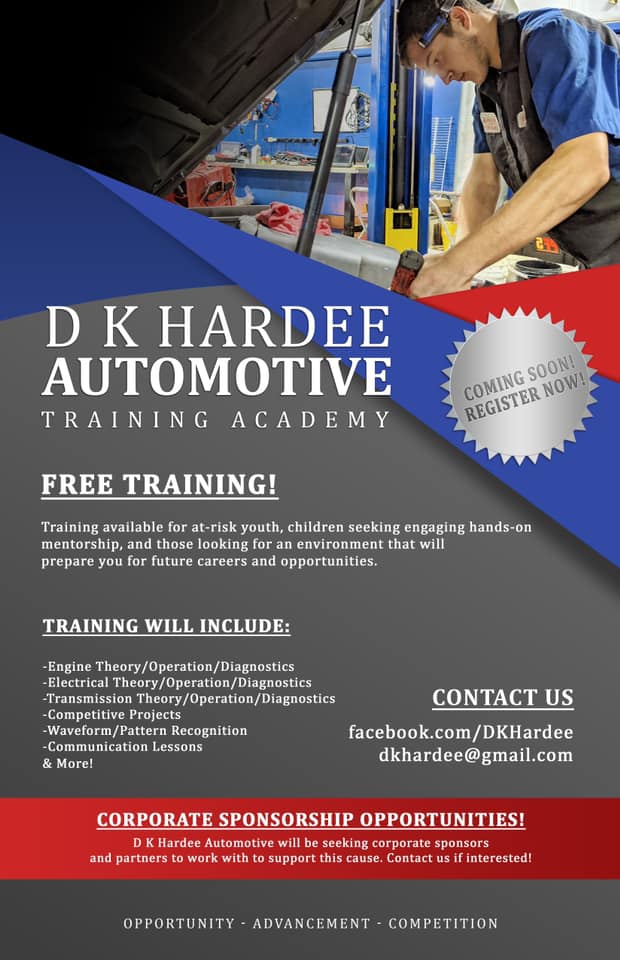